Vietnam’s tourism industry is looking shaky in places like Hoi An, but the country is expecting a boost from Asian markets as soon as July – or whenever international travel restrictions are lifted. Photo: Patrick Scott
Patrick Scott

After weeks of pandemic hibernation in the Vietnamese capital of Hanoi, South African native Kim Gordhan somewhat reluctantly boarded a flight with two girlfriends at the beginning of May and headed to the former port city of Hoi An in the country’s Central Coast region.

They were given the green light to travel during Vietnam’s four-day National Reunification Day and May Day holiday as, days before, the government began lifting restrictions on movement and allowed tourism businesses to start resurrecting domestic travel.

“We did not want to be like those expats who travelled as soon as they could even though they knew that it was risky and it was putting other people at risk,” said Gordhan, 24, an English teacher. “But coming here, and seeing how many people are here, I feel a bit better and not judged as much.”

Several hundred Vietnamese visitors crowded the banks of the Thu Bon River on May 2 close to where the three were drinking craft beers in Hoi An’s Ancient Town area, posing for photos on the footbridge, stepping into wooden boats festooned with colourful silk lanterns, and queuing at food carts. 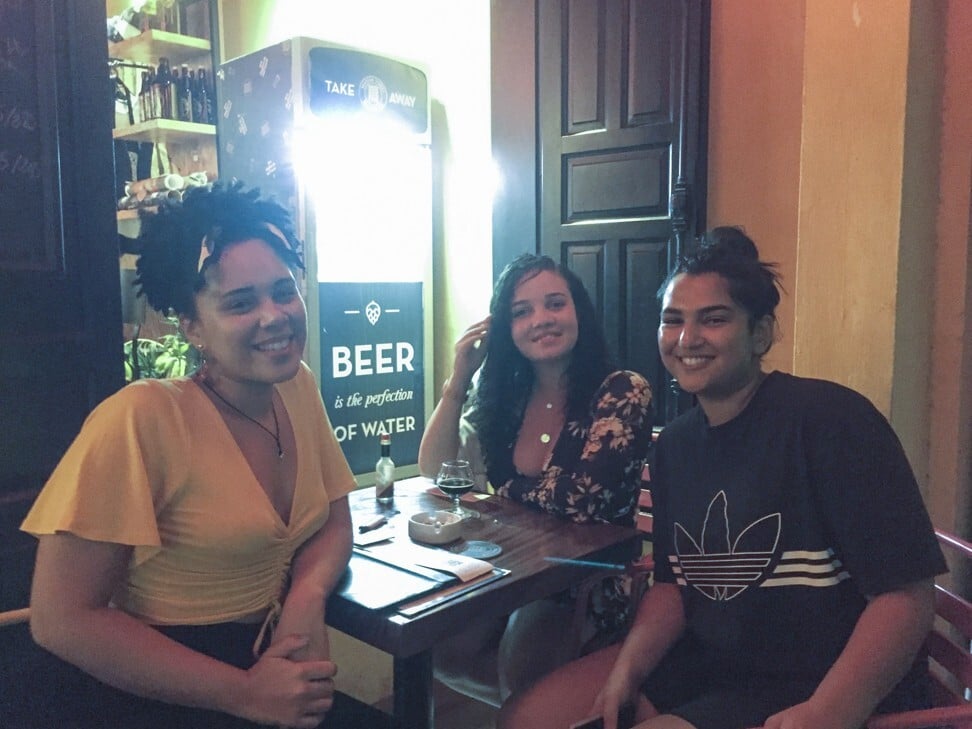 Kim Gordhan (right) travelled from Hanoi to Hoi An with her workmates at the start of May. Photo: Patrick Scott

Tran Nga, 30, sat with friends on little plastic stools near the riverbank, sipping from coconuts. She had four days off from her job at an oil and gas refinery and decided at 4pm on April 30 to get the overnight sleeper bus to Hoi An from her home in Thanh Hoa in North Central Vietnam.

“I expected people in Vietnam to still be afraid of the coronavirus and not travel, so it would be a good time for me to find someplace quiet,” she said as young couples, families and groups of friends strolled past.

Like most people in Hoi An, Tran wasn’t wearing a mask. “There’s not much to worry about, because our government is doing good. They blocked many people who they suspect had the coronavirus,” she said. 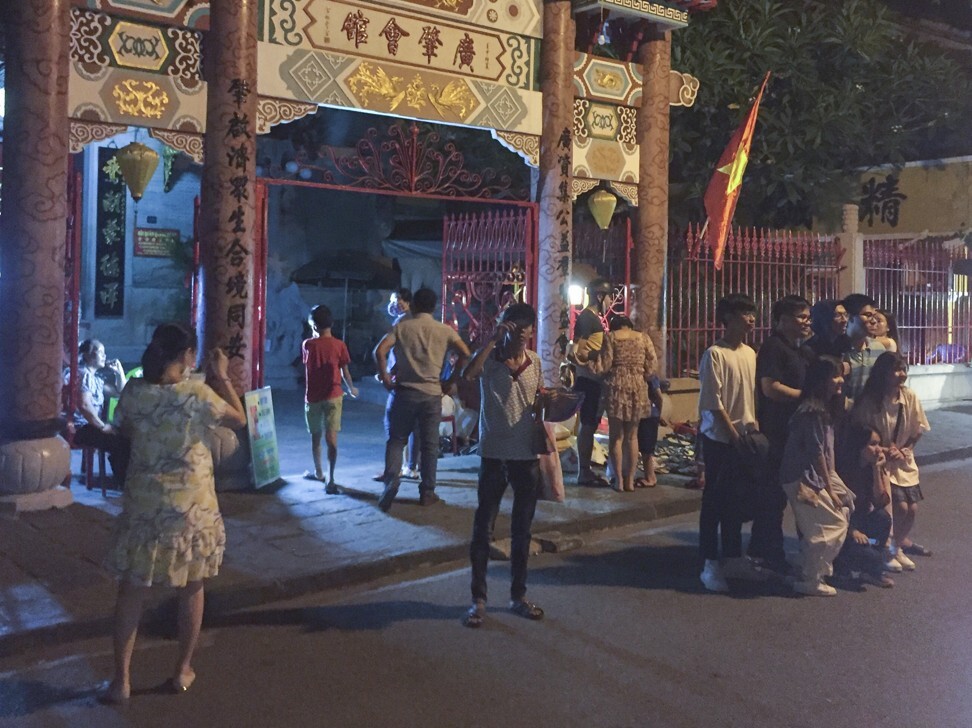 Vietnamese visitors crowded into Hoi An Ancient Town after movement restrictions were lifted. Photo: Patrick Scott
Vietnam, which has quarantined tens of thousands of people who came into contact with the virus, recorded fewer than 300 Covid-19 cases and no deaths by May 9, leading it to be among the first countries in Southeast Asia to revive its tourism infrastructure. Airlines, railways and bus companies reopened domestic routes following weeks of restrictions. More tourism sites are coming back on line each day, from the Imperial Citadel in Hue to the cables cars in the Sapa highlands to river caves in Phong Nha.

Still, the crowds in Hoi An are no comparison to the mass tourism that has, in recent years, overwhelmed its Ancient Town – a centuries-old collection of ornate temples and assembly halls surrounded by Chinese shophouses and balconied French colonial architecture.

There are few foreign visitors other than a smattering of expats and stranded Europeans, as Vietnam continues its late March ban on international arrivals. For a city where the main industry is tourism, and where 75 per cent of the 5.35 million tourists last year were foreigners, the effect has been devastating. 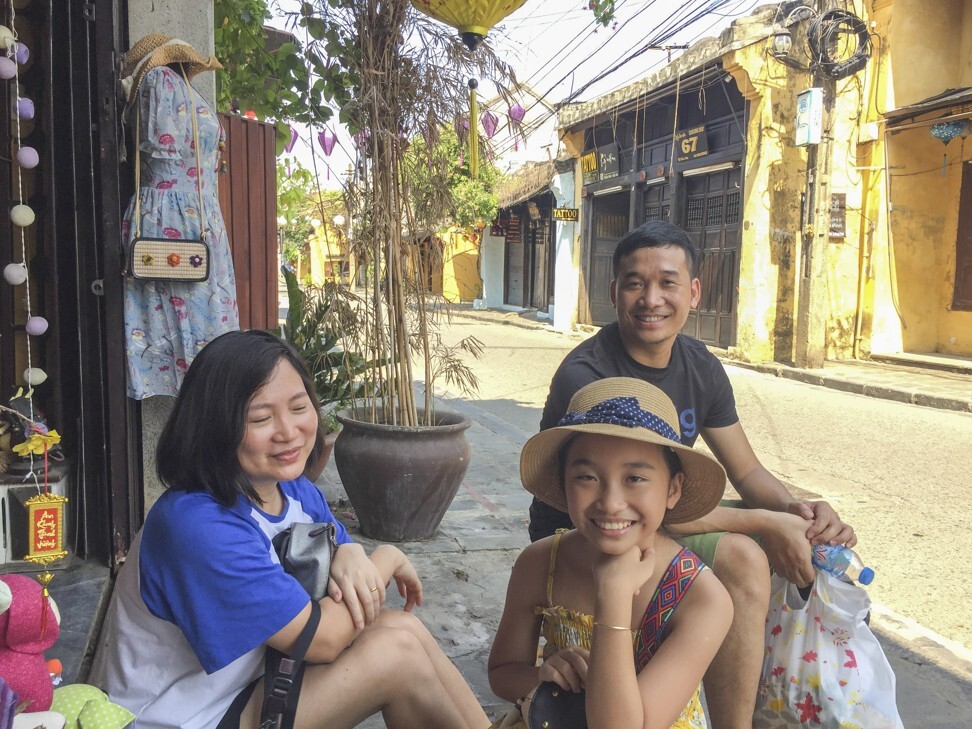 A family from Hanoi shops in mostly empty Hoi An Ancient Town. Photo: Patrick Scott
While it’s not hard to find a room at a homestay or hotel, or a restaurant for a banh mi sandwich or cao lau noodles, many of the businesses that cater to international tourists remained closed, including some resorts and tour operators and nearly all of the several hundred tailor shops, leaving thousands out of work.
Monday was Pham Thi Thu Xiem’s first day back selling beaded bracelets at An Bang Beach, with a view of the Cham Islands on the horizon and the skyscrapers of Danang in miniature up the coast.

During social distancing she stayed home with her children until school reopened on Monday. The seafront restaurants and rows of beach lounges under thatch umbrellas, typically filled with foreigners, were mostly empty. A few locals hauled bushels of miniature shrimp suspended from bamboo poles up from the beach. 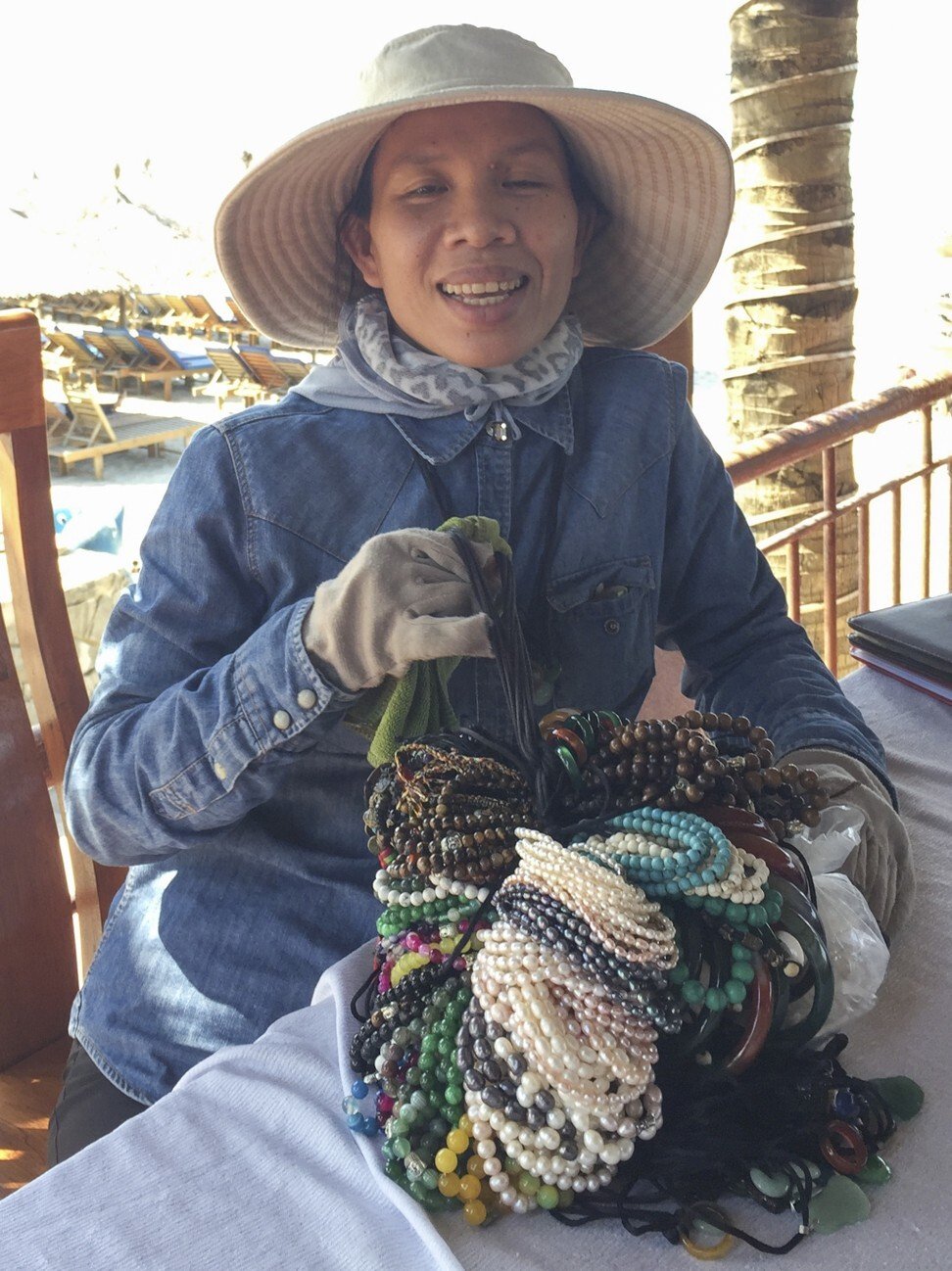 Bracelet seller Pham Thi Thu Xiem has returned to work at An Bang Beach in Hoi An. Photo: Patrick Scott

Before the pandemic, Pham said she might sell 15 bracelets a day. “Now, maybe nothing,” she said. She hopes tourism will pick up soon. Meanwhile, she will have to borrow money to make ends meet, she said.

Like Pham, hoteliers, restaurateurs and tour operators in Hoi An said they do not expect much of a boost from domestic tourists, as the global pandemic persists and Vietnam’s summer holiday is shortened to make up for lost class time in schools.

They doubt that Westerners from Europe and the United States will be allowed to return this year, but said they were anticipating the return of tourists from Asian markets like China, South Korea and Taiwan as soon as July – though the government has not said how or when international travel will resume. 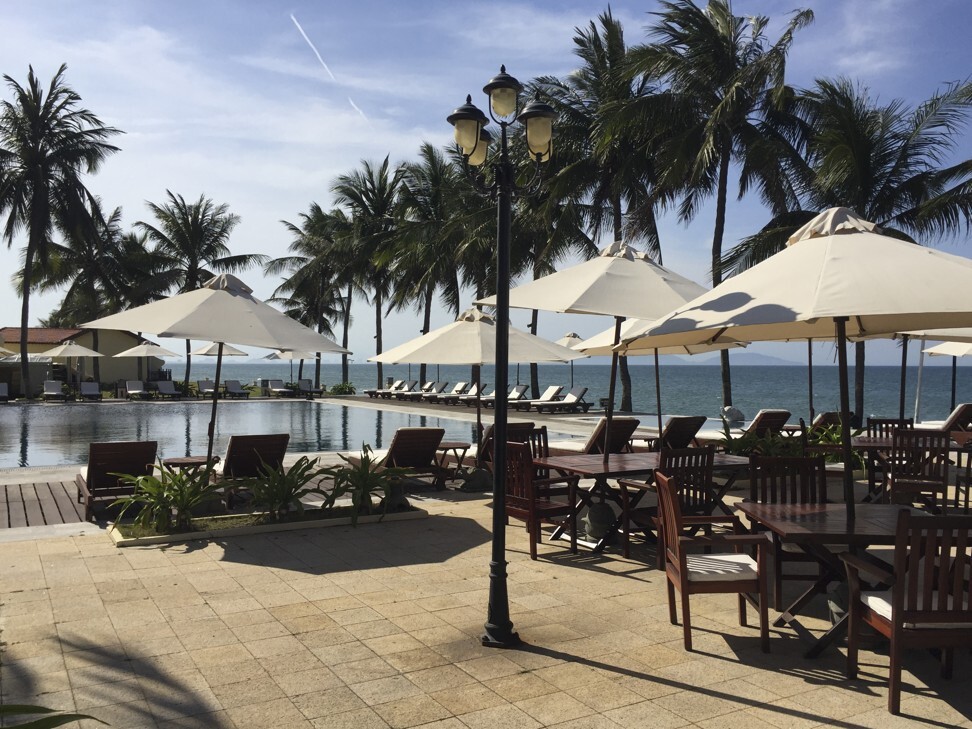 Some resorts like Victoria Hoi An Resort are still deserted. Photo: Patrick Scott

“From now to the end of this year, we do not have many bookings,” said Pham Vu Dung, whose Rose Travel Service includes three hotels in Hoi An and tours to area sites like the Hindu ruins at My Son and snorkelling at the Cham Islands.

If there is an upside to the coronavirus pause, it’s that locals like Pham Vu Dung – part of a small but growing sustainable tourism network – have had time to focus on projects that will give visitors more eco-friendly options when they return. One example is an organic garden and composting site his company started cultivating last year and which is now expanding from 3,000 square metres (32,300 square feet) to more than 4,000.

The garden, 4.8km (3 miles) north of town along the Ho River, is lush with patches of mango, papaya, jackfruit, sweetcorn, vegetables and more. Pham plans to open an organic restaurant, and to resume tours and reopen at least one of his hotels, Hoi An Chic, when the school break starts in mid-July, or sooner if international flights in the region resume before then. 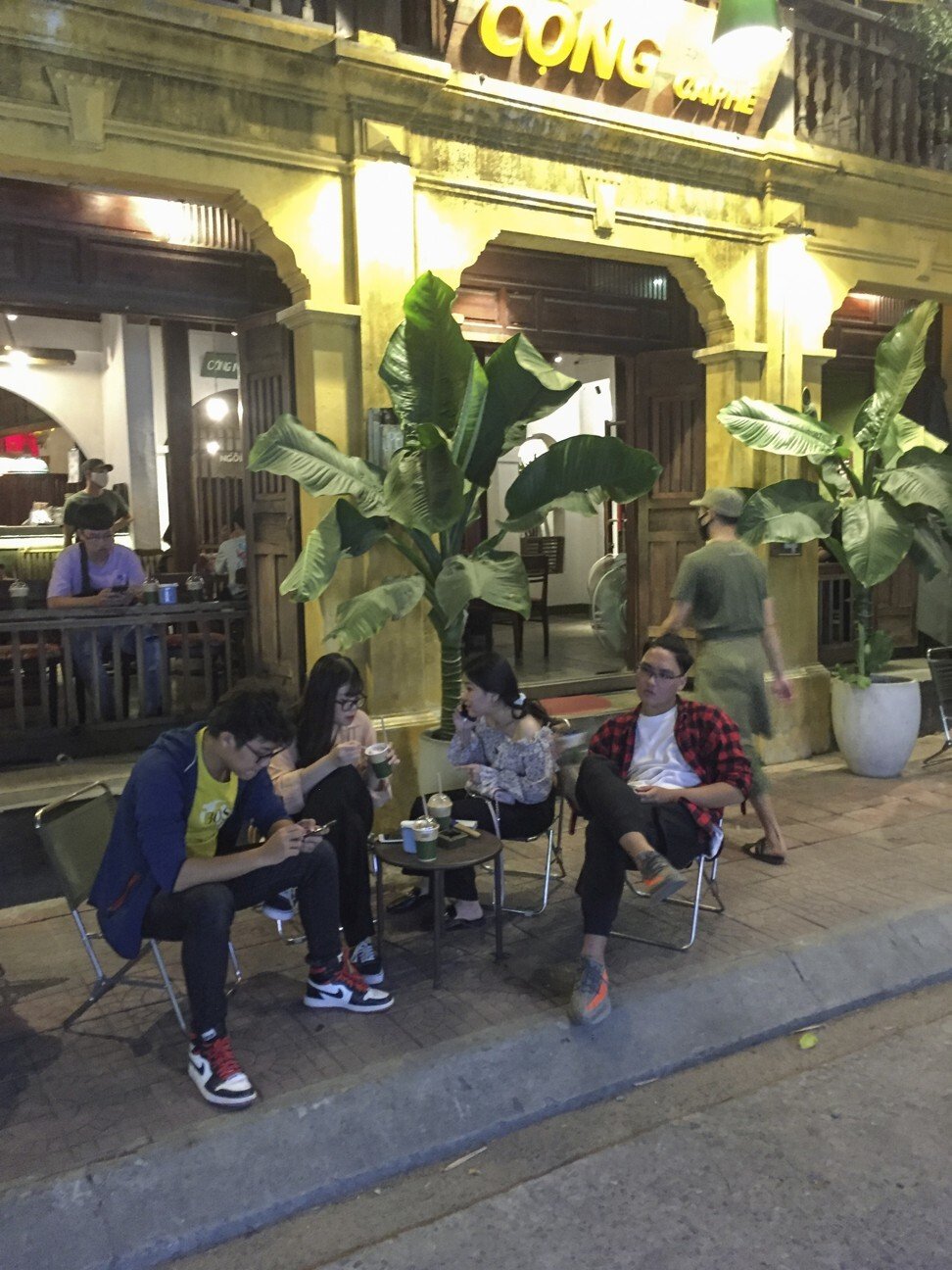 Other businesses that have depended on foreigners are retooling to capture the expat and Vietnamese market. As tourism started to evaporate with travel restrictions in March, the Mango Group temporarily closed its four Ancient Town restaurants and opened Urban Fresh – one of few restaurants currently open to offer Western dishes – as a budget-friendly modern Australian cafe.

The group put all but 20 of its 280 workers on unpaid leave, and these agreed to take pay cuts to launch Urban Fresh on March 24. Days later, they switched to takeaway until Vietnam eased social distancing on April 23.

Today, five expat and Vietnamese women who live in Hoi An and Da Nang are on the riverbank terrace taking advantage of the new happy hour deals that started recently. Their laughter drowns out the chatter from the dozen dining high school seniors from a United Nations school in Hanoi on a class trip. 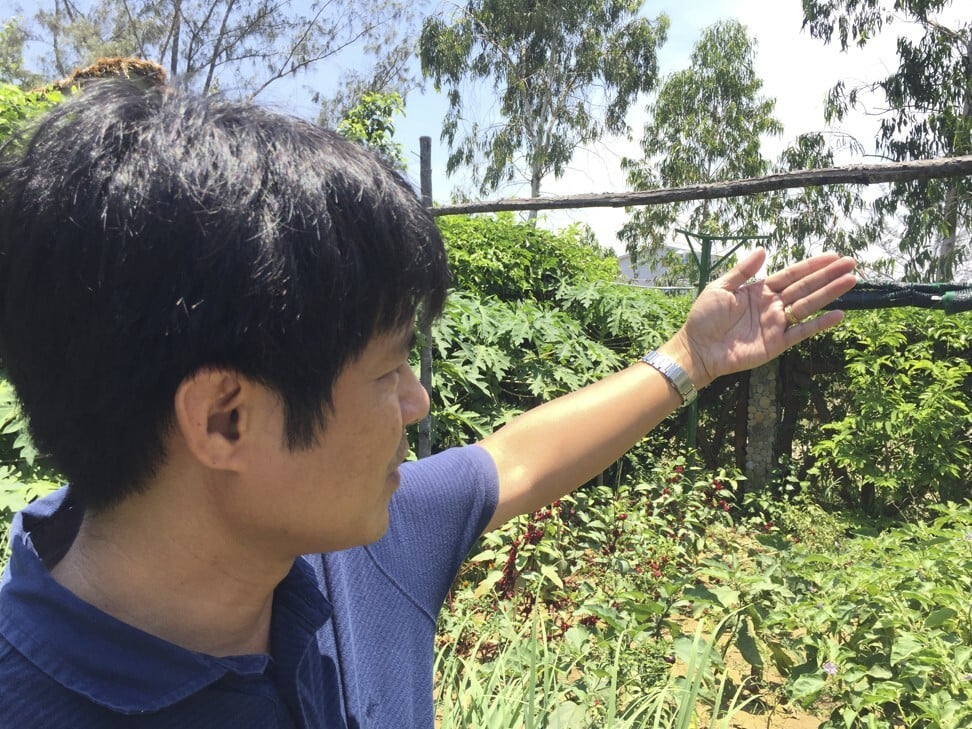 “We wanted to go down fighting if we could so I said, ‘Let’s just try one month together and I’ll guarantee you, whether we make money or not, I’ll pay you,’” said Ben Attwater, Mango Group’s manager and a partner in Urban Fresh with group founder Tran Duc. “We achieved what we wanted to, and hopefully next month we can pay them a bit more.”

To lure domestic tourists, Urban Fresh added Vietnamese to its menu and Facebook page, and will add more Asian fare like nouveau versions of soups and salads and bun thit nuong – cold rice-vermicelli noodles – Attwater said. The group is also looking at reopening its Mango Rooms and Mai Fish restaurants on the weekends in a month, with more set menus to capture visitors from Ho Chi Minh City and Hanoi.

The switch from overtourism to under-tourism can be a draw for people, too.

“The beautiful thing that we can talk about now is that it’s a great time to come and see the quiet charm that Hoi An used to have and that a lot of people fell in love with and that made Hoi An so popular,” Attwater said. “Prices are cheap, everyone’s doing good deals.”

This article appeared in the South China Morning Post print edition as: Holiday hotspots back in business

One thought on “Vietnam tourism hotspot reopens, but draws locals not overseas visitors amid plunge in international travel”